No, it’s not what you think. I do not walk far from home.

The idea came to me last week. I was talking to my Mum, 78 and in great shape. She was moaning though, about having put on weight lately, who hasn’t?!! She still cares about the way she looks, which can only be good. So I told her she ought to go walking. Only she doesn’t like to go on her own. That’s when I had a great idea: we could go together. And no, it’s not what you think, again. She lives about 250 kms from me.

I told her to get hold of some earphones, the easy kind, the ones with a wire, and we could start walking at the same time and entertain each other while doing it, as if we were together. It is well known women can find something to speak about for hours on end, even now,  stuck at home with nothing to tell about our boring day.

So the day comes. We haven’t decided the time because I might have something else to do beforehand, but we agreed we would speak early morning and I would tell her when I could do it. So I call her, around 9 (that’s early morning for her!!), to tell her 10.30 would be ideal. She answer straight away and says she is ready to go, at 9. “Sorry Mum, I can’t until 10.30, I inform her. 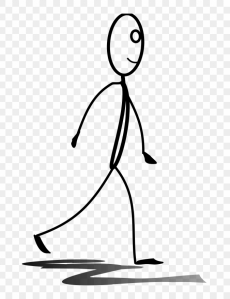 10.30 comes. No answer. I try again, a few minutes later, no luck. I have started walking meantime, I want to exercise for an hour. I try the landline and my father answers the phone. Where is Mum? I ask. He says: she has gone for a walk with E. P. and has the earphones with her, which she is not able to work! E.P. being her friend who leaves nearby. Who has just had hip surgery. Who couldn’t go with her anyway because of the 200 metres rule (as in one can’t walk farther from home) and because one is supposed to go on his own, not with somebody else. Why would she need earphones to go walking with her friend, is obviously a further question my Dad did not ask himself. Yes, my Dad is rather deaf. My Mum probably told him what she was going to do and with whom, only he caught a few words and made up the missing parts!  I say nothing and try again my Mum, no bloody answer. I am about to give up, when she calls me. I answer, only I can’t hear her. Oh god, she is probably not getting on too well with the earphones…She calls again, and again, no sound comes from the other end. She finally calls and I can hear her, she is not using “the bloody ear things” she says, they don’t work. So I suggest she tries again and pushes in properly the pin in her phone and….magic!!!! We can talk to each other now, we can start chatting!!!!

We had a very nice walk. My neighbours probably know every little detail about my life (I was walking around the house where I live, 10 flats in all).  We did our exercise in company, good company. Tomorrow we are going again.